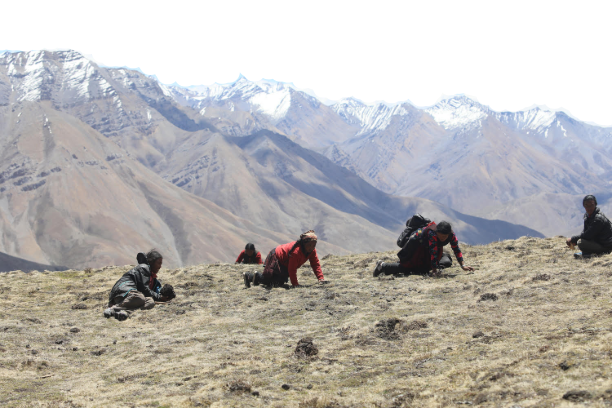 Harvesting yarsagumba is profitable but such practices should be sustainable too

Thousands of people from Dolpa and adjacent districts have their bags packed and are preparing for a three-month-long stay in Dolpa’s high altitude meadows. Their goal is to search for yarsagumba, the most expensive medicinal fungus (Ophicocordyceps sinensis) in the world. During the past two decades, the value of the parasitic fungus known as caterpillar fungus has risen to unprecedented heights in the Nepalese economy. Known as “Himalayan Gold”, it has become a choice commodity of exchange between wealthy people, especially in and around Chinese communities. Less than 20 years ago, a kilogram of yarsagumba was worth a couple of hundred US dollars. As of early 2018, the retail price for yarsagumba had surpassed the value of gold and is valued at $25,000 US$/kg.

The proceeds from harvesting Yarsagumba is the major source of income for most people from Dolpa and adjacent districts. The rise in the value of this fungus has encouraged thousands of outsiders to travel to several alpine meadows of Dolpa. The records of Shey Phoksundo National Park shows that in 2016 more than six thousand people paid tax to travel to different meadows within the national park to collect yarsagumba.  This temporary migration of thousands of people not only makes for empty towns but also equates to crowded mountains.Lorem ipsum dolor sit amet, consectetur adipiscing elit. Ut elit tellus, luctus nec ullamcorper mattis, pulvinar dapibus leo. 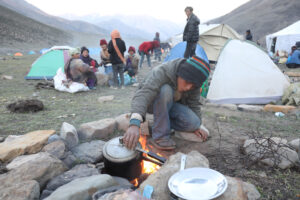 For three months, people in the alpine grasslands in Dolpa get little sleep. When people find yarsagumba, they don’t find a fungus; they find money. Intermediate buyers are always nearby with cash in hand to purchase it. The monetary transactions in the grasslands show that cash from all around the world is accumulated in this area. Every individual tries to maximise their profit by either collecting more  yarsagumba or selling services to collectors. 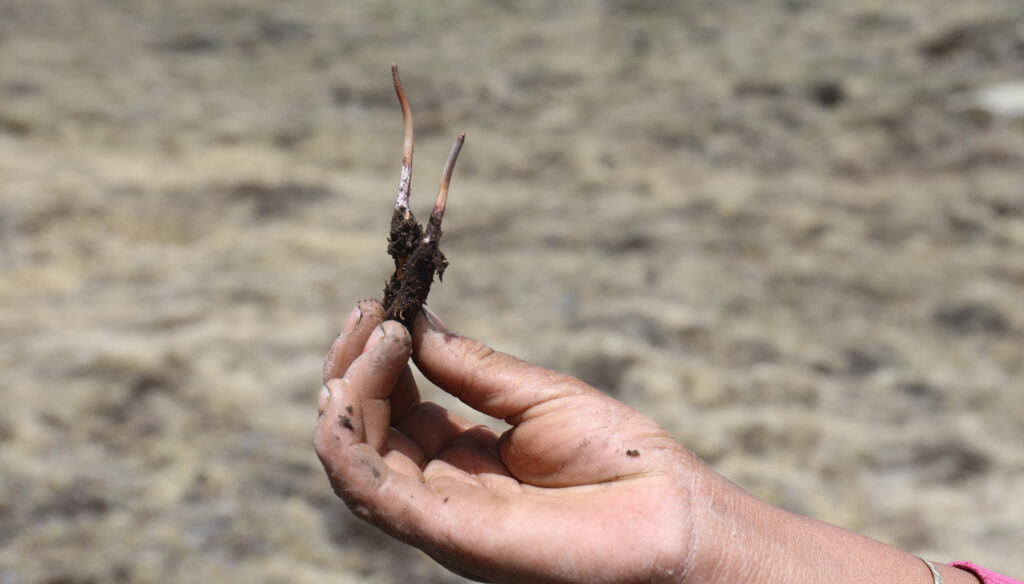 But, the economic benefits of harvesting yarsagumba are not the only impacts of this historic activity on the livelihoods of people from Dolpa. While the locals have certainly prospered economically from the commodification of yarsagumba, it has also lead to several negative consequences to biodiversity. During a research I conducted last summer, I found that the alpine grasslands—critical habitat for the endangered snow leopard and blue sheep—were full of trash. The banks of rivers and streams were all filled with trash. The disposal of trash to rivers and streams not only affects the beauty of the area but also puts critical high-altitude ecosystems and associated habitats at risk. During the harvesting season, collectors dig up the bushes and shrubs, which take decades to grow, for firewood and camping. The loss in these bushes and grasses results in ecological imbalances that we are to understand fully.

Several studies have shown that the collection of yarsagumba is not only affecting biodiversity, but also the social and cultural ecosystems of the region. Due to the chaos that occurs during harvesting season, vandalism and robberies have been on the rise.  In 2014, a dispute over fungus taxes resulted in the death of two locals and the injury of more than 40 people in Dho Tarap Valley, which is famous for settlements in the highest altitudes (4,000 meters above sea level). As the price of yarsagumba continues to skyrocket in the international market, robbery and unofficial entry to the grasslands is on the rise. Recently, more than 56 people from outside Dolpa districts were caught illegally harvesting yarsagumba by the Shey Phoksundo National Park authority.

Several schools close for three months during harvest season, as students and teachers flock to the alpine meadows to collect yarsagumba. This is their opportunity to collect funds to support themselves for the next year. Reports of students and youth now getting involved in alcohol use, and gambling are on the rise. Local people attribute the increase in bad habits of youth to the income from yarsagumba. Within the three-month harvest season, one active youth can earn at least Rs150000.

There are certainly no doubts about the economic benefits of harvesting yarsagumba, but the authorities need to address concerns pertaining to the environment and biodiversity.  A study conducted by Shrestha and Bawa in 2013 suggested that the world’s most expensive fungus is in serious decline in Nepal because of over-harvesting. Several scientists and conservationists have warned that if the caterpillar fungus disappears, it could lead to an uncontrolled proliferation of the larvae and moths, triggering a series of changes in the fragile high-altitude ecosystems.

It is crucial that we develop long-term monitoring and management plan and implement sustainable harvesting measures to protect yarsagumba and the fragile high-altitude ecosystems it, and our local people and wildlife, depend upon. Policies should be formulated keeping in mind the sustainability of yarsagumba and the biodiversity. Regulations should be implemented rigorously, and authorities should restrict the annual harvesting amounts. The implementation of a quota and rotational system for the harvest would allow the grassland to recover from anthropogenic impacts. Shey Phoksundo National Park and local bodies such as the Buffer Zone Management Committee, Community Forest Users Groups, and Rural Village Municipality should focus on investing in the conservation of meadows to halt potentially devastating consequences to the ecosystems and local economy.